I just won a game with a deck I made that's got 4 copies of Silent Submersible and 4 copies of Fblthp in it*! Huzzah for rubbishy decks winning! (It was against Merfolk, too, which is one of my personal most hated decks, just for added yuss-factor. Most gratifying

*I keep getting these in packs. *shakes head sadly*
current (2019) hobby interests
minis
Nurgle daemons for AoS, Ghosties for Shadespire
Magic cards
tribal zombies, Standard, too much MtGA.
Hobby finances
minis: in the black
MtG: So, so red

Nice work!
I played a couple of White decks stuffed full of Ajani's Welcome and Pridesmates last night.
One quit as soon as the following dropped, one went on for one more turn before conceding. 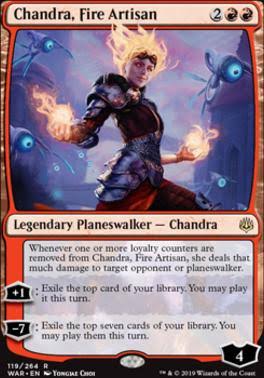 Hmm. An interesting read. I’ll need to crunch the numbers and see whether or not the gems/gold/packs you get from the Mastery Pass makes it worth its cost. The cosmetic stuff doesn’t really bother me much, but I’ll have to see how the numbers shake out. Cheers for the link - I hadn’t seen that yet

Also, Tibalt vs life gain is a nasty one. Ouch.
current (2019) hobby interests
minis
Nurgle daemons for AoS, Ghosties for Shadespire
Magic cards
tribal zombies, Standard, too much MtGA.
Hobby finances
minis: in the black
MtG: So, so red

I spent some time looking over the Arena forum, it is not a happy place.

maaaan, people are pissed. So am I, actually.

The problem is:
Player buys Mastery Pass for 3400 gems (ie a long, hard grind, or just cash money)
player spends two months grinding Every. Single. Day (this is my biggest gripe. If you miss a day, you're screwed.)
Season ends, and player discovers that the only way to get from level 84 to level 100 (to obtain those rewards they already paid for with the mastery pass) is to PAY MORE with gems.
player rage-quits.

See here for a more detailed explanation:
https://aetherhub.com/Article/Is-the-MT ... s-worth-it
here for reddit frothing about it
https://www.reddit.com/r/MagicArena/com ... rth_it_an/
and here, for Wizards backpedalling as fast as they can (and fair enough, at least theyre responding)
https://magic.wizards.com/en/articles/a ... 2019-07-02
current (2019) hobby interests
minis
Nurgle daemons for AoS, Ghosties for Shadespire
Magic cards
tribal zombies, Standard, too much MtGA.
Hobby finances
minis: in the black
MtG: So, so red

- WotC have said that there will be at least 15 levels worth of exp to gain through playing in events.

- They are removing the Pay-for-levels option in the next update.

- There is already a promo code (see above) for free levels, with more possibly to follow.

- They never said that everyone would reach level 100, that is simply the most anybody could potentially reach.

indeed, but several of those pieces of information were only released after M20 went live, by which point people had already flipped the table (in fact, removing the pay-for-levels thing is a direct response to the community getting their collective knickers in a twist.)

And, none of them address the time-gating issue. That's what seems to be pissing people off the most, actually. It's certainly what killed it for me. I'm off to scotland later this month, but since I usually play 10 or so games a day, that wouldnt have been a problem with my reaching a decent level if I could go up more than 1 per day. But since I cant, those 3 weeks away mean I wont get anything like value from the Mastery pass. I don't understand Wizard's thinking behind this method. Surely they want to give people reasons to buy the pass, not reasons not to?

As for not saying everyone would reach level 100, they shouldn't need to. If they sell a product where the calculated value is predicated on reaching level 100, then that level should be reachable without further investment. Or, at the very least, make it damn clear from the outset that there will be further investment required.

Anyway - all of the above is just opinion. The below is some number crunching (and I may be wrong - I'm just working this out in my head.)

1 Sealed event (6 x 14 card packs, plus the 3 packs you get at the end, plus at least 200gems, plus maybe more gems. Maybe lots more.) and 2 packs. Taking the minimum 200gems returned and converting them to packs, simply put, 2400gems put into sealed returns at minimum 12 rares, 1 RWC (from the wheel), 24 uncommons, 102 commons, plus a few UWC from the wheel. You also get to, y'know, play Sealed.

So, comparing Mastery Pass to Sealed + buying packs, the pass comes out a little ahead. However, this disregards the fact that you can make a lot of gems back in Sealed. If you make it to 3 wins (which is the biggest jump in value) you get another 1000gems, and if you make it to 7 wins you get 2000more. It also discounts the fact that the cards you get are from different sets. This slows down Vault progress significantly. I suppose the value comes down to whether you think you can win more in Sealed on in regular play.
current (2019) hobby interests
minis
Nurgle daemons for AoS, Ghosties for Shadespire
Magic cards
tribal zombies, Standard, too much MtGA.
Hobby finances
minis: in the black
MtG: So, so red

I think they are looking for ways to encourage people to spread their gaming out rather than to just binge the game once or twice a week.
If everyone could get all the rewards by simply playing as many games as possible in as short a time as possible, there would be peak times on the system (Friday evening-Sunday evening) where everyone tried to crowd online. This places more strain on their servers, potentially causing lag and disconnects. Plus while everyone can get a game easily at that time, the rest of the week has long wait times.
By encouraging people to spread their games over the week the load on the servers is reduced and the wait time is reduced. I'm not saying that the pass is the best method for this, but that's my theory.

Plus if they did remove the time gate everyone would finish early and then whine about there not being more free stuff.

#edit#
I'm not sure about running 2 accounts on one system, but if you'd like me to log in and grind a few exp for you during your holiday, I can. I can't guarantee your win/loss record would stay intact, but I promise I wouldn't touch your gold/gems.

Fair points, all. Especially that one about people bitching regardless. Meh, I'll see how I sit at the end of the set and work out if it's worth buying or not. As for the kind offer, thank you. I'll maybe see if I can run it on my parents' PC. If not, I may be getting in touch with you...

And on a lighter note, here is some MtG:A humour: 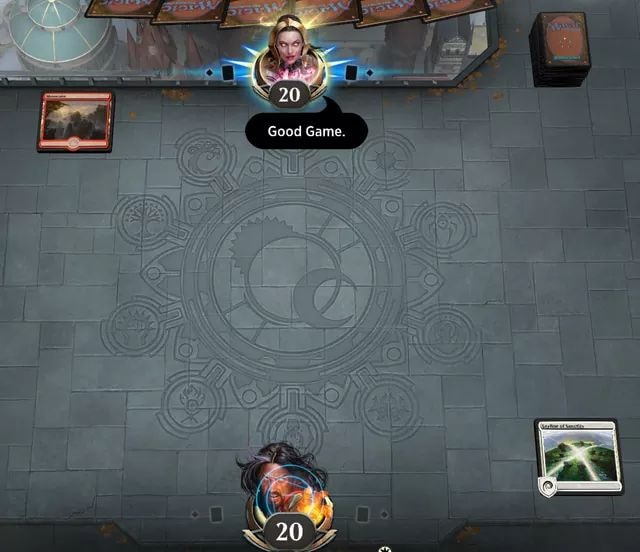