Have some models to sell or bits to trade? Do you need that 1 tiny piece to finish your conversion? Please post here.
Post Reply
7 posts • Page 1 of 1

Meeting your hobby needs. Whether it be miniatures or sundry bits or just cool stuff you need (for a nominal fee) I'd would be happy to produce it for you. All you need is an .stl file.

If interested, please send me a PM. Ifyou let me know now, I can have it done by April gameday. My thoughts so far (ie it's built but I haven't tried painting it yet).
First off, there are no mould lines, none of that pesky filing around the model. Yay. There are a couple of spots with the remains of the 3D printing support still attached, but these took a second to clean up.
The detail is outstanding. Easily on a par with the best things plastic can achieve. Obviously this will vary depending on the mini and the designer, but the models I received are fantastic.
The models went together quickly with superglue. I opted to provide my own bases to cut the cost, but I'd assume the resin bases are great too.
From what I have seen online and from the minis I bought, I'd say that 3D printed figures are great if you want characterful individual models. If you're after dozens of rank and file troops that have a uniform look, (say for historicals), plastic may be a better choice. For heroes, monsters and other things you only need one or two of, 3D printing is where it's at.
Painted Minis in 2014: 510, in 2015: 300, in 2016 :369, in 2019: 417, in 2020: 450
Top 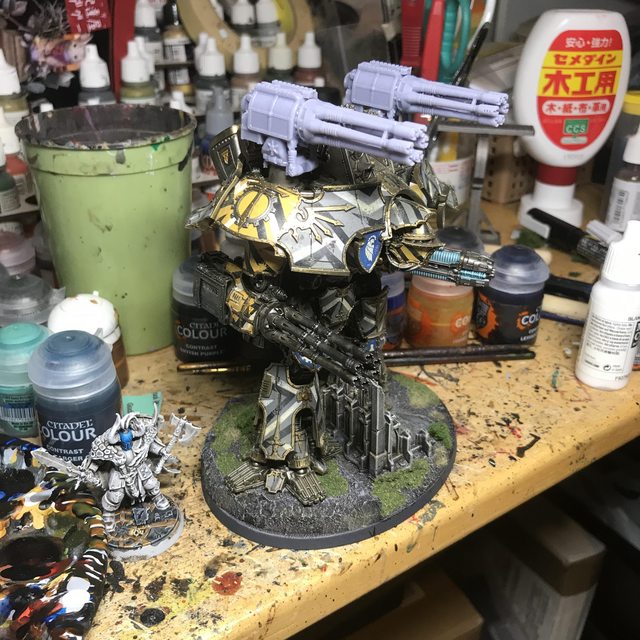 What is the scale off the Oni? Is it close to 28mm?
Malerion in transition
Top

The scale, I dunno, how tall are real Oni?

That model is a full head taller than a regular (non-primaris) marine, and a lot chunkier.

A little blurry, but you get the idea. They can be! You can control the scale of anything you print by tweaking the settings in slicing software.
Top

They can be! You can control the scale of anything you print by tweaking the settings in slicing software.