Thanks for the heads up on Morgwaeth's!


me_in_japan wrote: ↑
Wed Sep 23, 2020 12:03 pm
ooh, ps: If a man on a budget wanted to pick up a few contrast paints, and already had militarum green and darkoath flesh, what would said chap be best advised to buy?

Depends what exactly you want to do, but some of my go-tos are:

Snakebite Leather does a nice yellow-brown that's also a really good base for gold NMM, or works as gold on its own in a pinch. You can also paint it straight over acrylic silver metals for a quick old gold color.
Basilicanum Grey is likewise a nice grey that's also a good base for gunmetal NMM, or works as gunmetal on its own in a pinch.
Skeleton Horde is good for bones, teeth and also general pre-shading and toning-down.
Gore-Grunta Fur is a nice red-brown that's also good for general shading, dirtying up, and toning down brighter colors.
Volupus Pink is good for fleshy bits or, whachamacallit, distressed skin? Knuckles and elbows, shading under eyes, chafing, sores, that kind of thing. (That one's maybe more specific to my current Nurgle focus than the others, heh.)

It's also worth noting that for a lot of the not-just-painting stuff I mention a pot of Contrast Medium is a must. If you thin contrasts with water or regular medium they stop being contrast-y pretty quick.
Feel free to call me Dave!
-----
Miniatures painted in 2020:
AoS-iverse: 129 infantry
40K-iverse: 93 infantry, 2 vehicles, a whole mess of terrain
Adeptus Titanicus: 1 Titan
Top

I like all the paints Dave mentioned, but Snakebite leather is probably the best, I've never used it for gold but it magically makes leather look like leather and wood look like wood.

Blood Angels Red and Tallasar Blue just look great imo, I'm always happy when I have an excuse to use them. Volpus Pink is a really nice colour for cloth etc, I don't use it for diseased flesh

I really like Space Wolf Grey as a stone colour, to the point I'm a little annoyed I can't really use it on bases for my Space Wolves.

The flesh colours are good, though they're on the pale end of the spectrum (Fyreslayer flesh is the darkest). You can get a darker skin by building it up/lathering it on.
Top

Jye Nicolson wrote: ↑
Wed Sep 23, 2020 10:44 pm
The flesh colours are good, though they're on the pale end of the spectrum (Fyreslayer flesh is the darkest). You can get a darker skin by building it up/lathering it on. 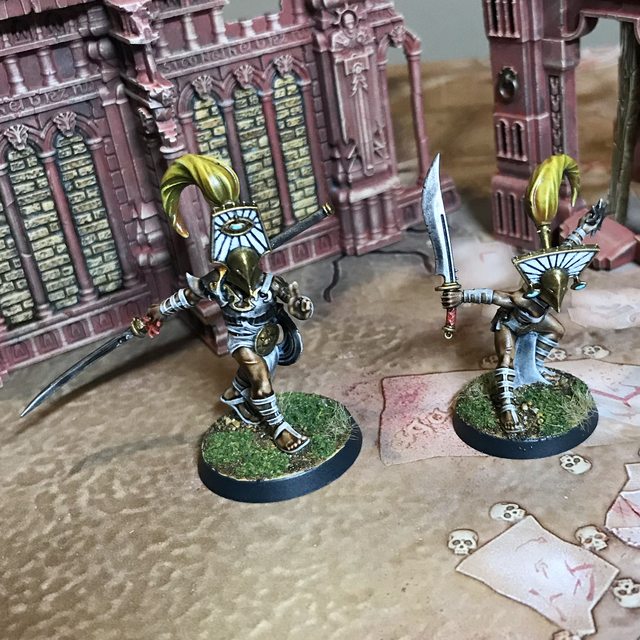 many thanks for the suggestions, gentlemen. I'll certainly get a few more of the contrast paints. I'm just inwardly debating the merits of going through the rigmarole of contacting the owner of ringtail to set up an account vs just ordering on geedubs. I'm kinda preoccupied just now with MtG (and rl) things, so I'll stew on it a bit longer. Regardless, many thanks for the input. One day we may even get to play a damn game with the things

me_in_japan wrote: ↑
Sat Sep 26, 2020 5:01 pm
I'm just inwardly debating the merits of going through the rigmarole of contacting the owner of ringtail to set up an account vs just ordering on geedubs.

It's worth it because points (for example right now I have 1920 points/en which will come off whatever my next impulse purchase is), but right at this moment GW is running some kind of voucher promotion which *might* be better for you if you're planning to buy things a couple of months in a row. It's a bit murky but might edge out ringtail in this case. They would have sent you a mail about it.
Top

Well, in the end my prevarication was probably worth it. I ended up getting it from evilbay, and even after factoring in shipping from halfway around the world I still saved 4000en on 2 warbands and 5 paints compared to local prices. So...hmmn. I really, really wish I didnt have to do that kind of thing, but that's like a 25 -30% saving on GWJ prices and one internet retailer is much the same as another to this shopper out in the boonies. I may live to regret it if I get stung on import duties, but I shall wait and see how things go.


also, many thanks for the painty suggestions. I went for a red, a blue, a yellow, a skellybone, and a leather. I have a green and a skin tone already, so I reckon those should be enough to be getting on with. I didnt get the medium cos I forgot, but I'll see how I go without and then probably get it later at some point.
current (2019) hobby interests
eh, y'know. Stuff, and things
Top

I'm sure people have seen them, but for discussion / ooh-ing and ahh-ing purposes, let's talk about the Direchasm warbands! 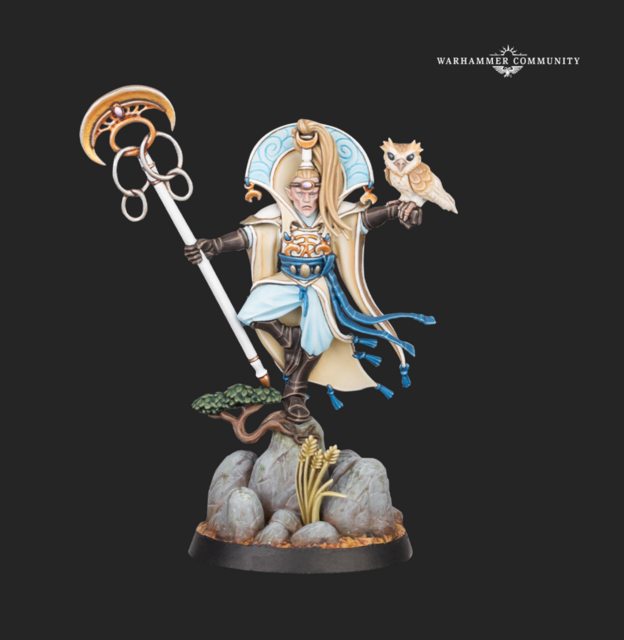 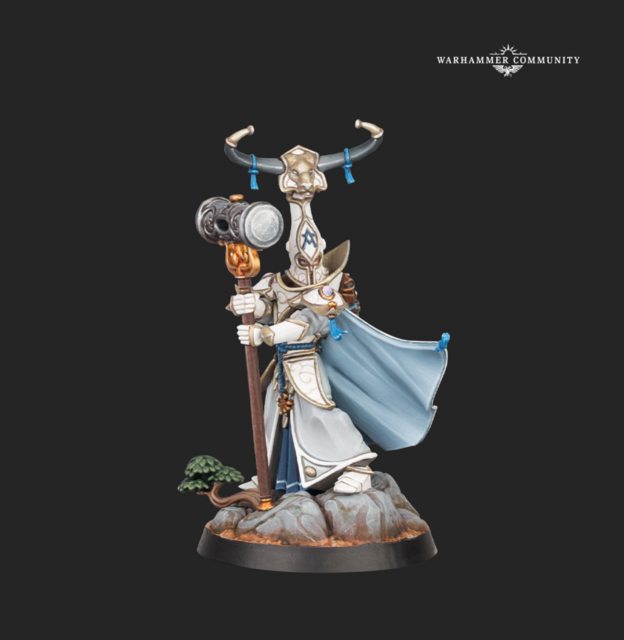 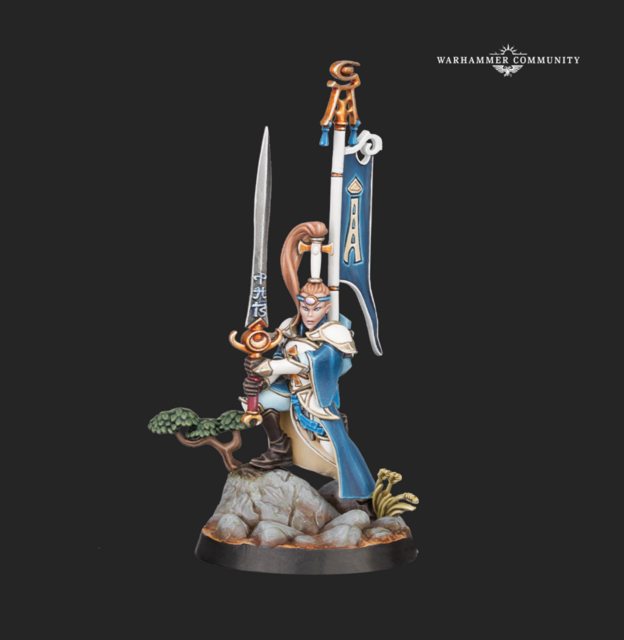 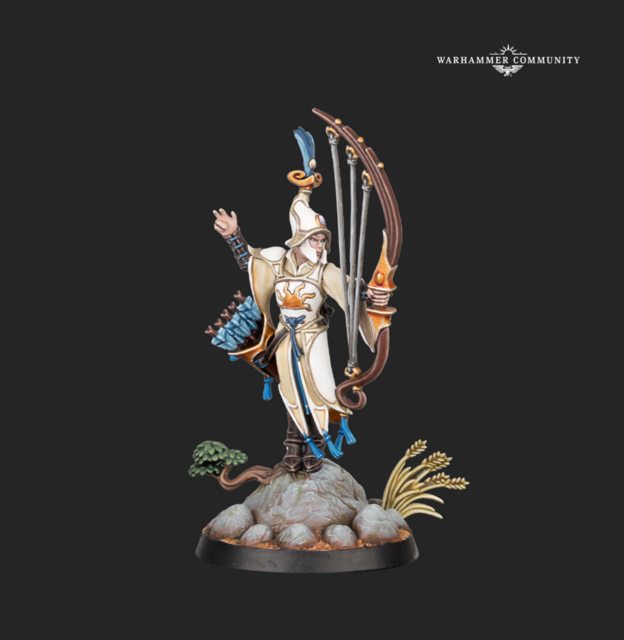 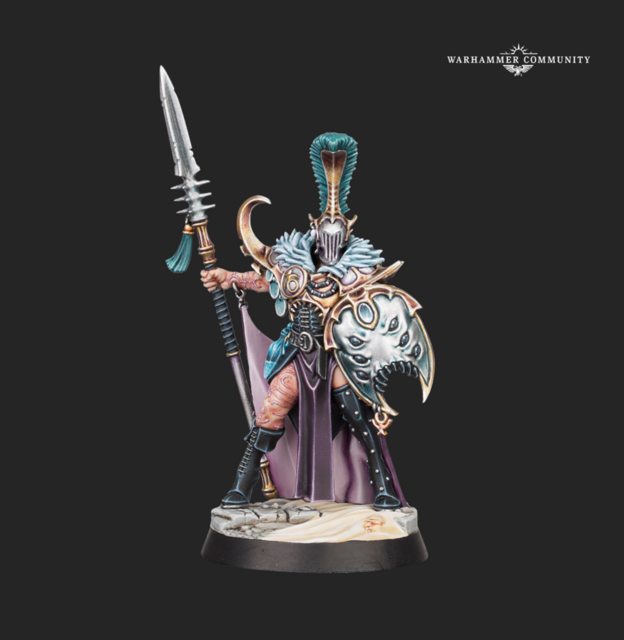 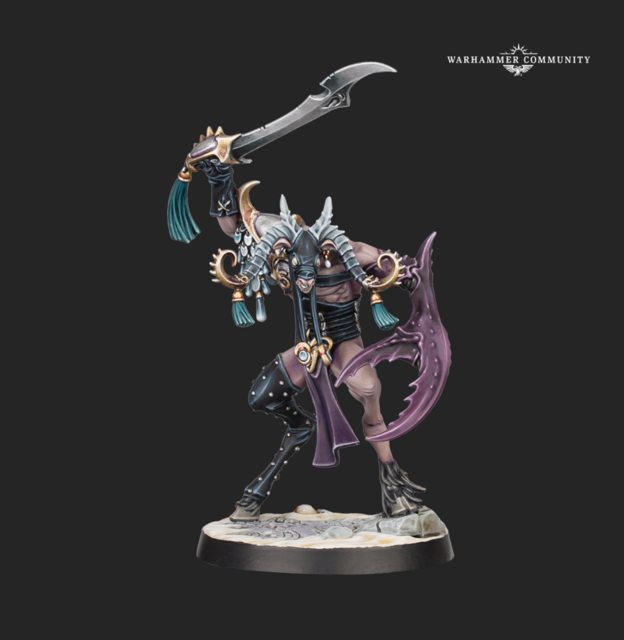 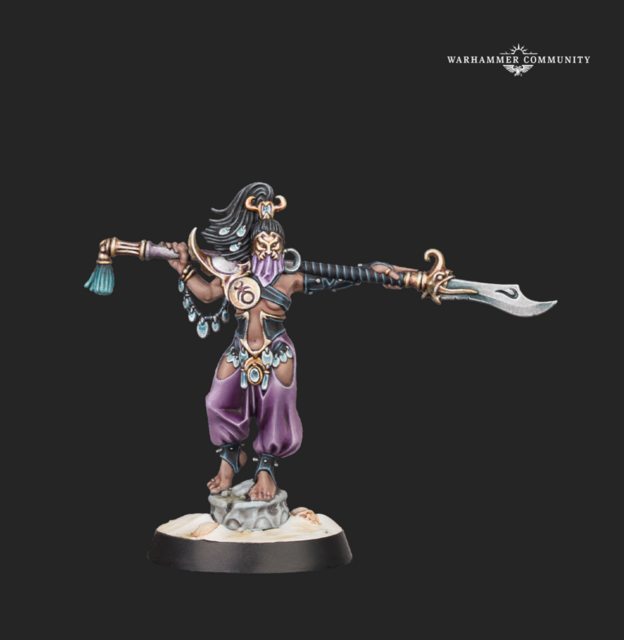 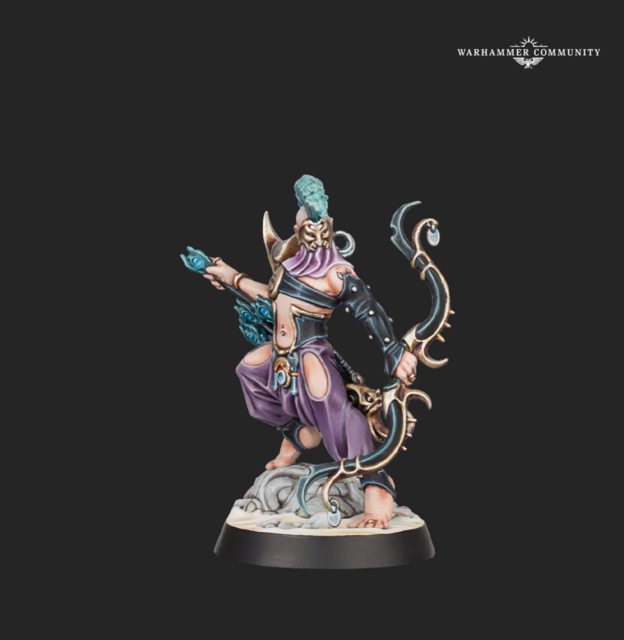 Personally I love every single one of those Chaos guys, but am not too excited about the elves. Very static poses, plus the greatsword's topknot and the hammer dude's cow hat are just not very cool. Still, this is getting me excited for the set!

Also apparently the Lumineth inspire condition is "roll only successes on any single roll," which rivals the various Stormcast for pure based-on-luck annoyance, and while I couldn't see any screen captures of the Slaanesh cards to check it's something to do with having either dealt or received wounds, which is nice and thematic. I also really like how both warbands are 4 models - it seems to be the sweet spot for ease of use, which is nice for warbands targeted at people picking up the game.
Feel free to call me Dave!
-----
Miniatures painted in 2020:
AoS-iverse: 129 infantry
40K-iverse: 93 infantry, 2 vehicles, a whole mess of terrain
Adeptus Titanicus: 1 Titan
Top

Like yourself, I’m a fan of the Slaanesh minis, although the cultists are a leeeetle bit too full of Eastern Mystique for my liking - they could’ve done with a tad more of the bondage/pain side of things, but hey ho mustn’t grumble.* The slaangor? Daemony dude? is very nice, though, and scarlegs is pretty cool, too.

As for the aelves? Meh. I never liked the 3 string bows, and the poses are a bit static. Nice trees, though, I suppose. Not a fan of the cow hats, neither.

*actually, now I look at em, I increasingly find I dislike minis where you have sculpted masks on their faces. I don’t like the caricatured expressions, I think.
current (2019) hobby interests
eh, y'know. Stuff, and things
Top

A bit of a roadmap and a new game mode got posted:

Looks like the warbands for the season will be Slaves to Darkness, Seraphon, something with a bat icon (vampires?), probably Savage Orcs, Bonereapers and Idoneth, so that's neat. I think that's a warband for every AoS faction now (except the giants

And this looks pretty cool too - probably my favorite so far of all the alternate game modes they've done.
Feel free to call me Dave!
-----
Miniatures painted in 2020:
AoS-iverse: 129 infantry
40K-iverse: 93 infantry, 2 vehicles, a whole mess of terrain
Adeptus Titanicus: 1 Titan
Top

I think that definitely pushes me trying the core teams back more than a month, since they'll land aside the awesome looking Chaos Warriors. On the plus side it's possible December won't add to my pile of shame at all?
Top
Post Reply
184 posts